How Diabetes is linked with Sugar 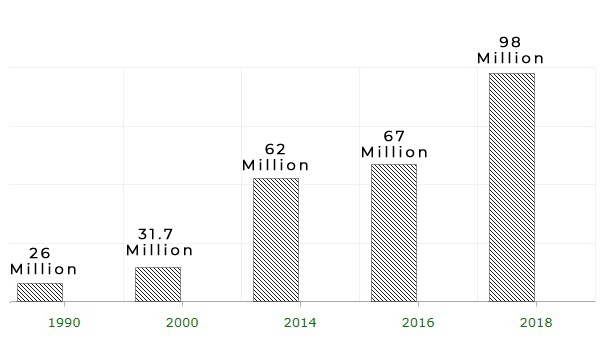 India is diabetic capital of the world. In fact India is the fastest growing diabetic country. There were approximately 98.0 million prevalent cases of diabetes in India in 2018, compared with 26.0 million in 1990.

The overall prevalence of diabetes in the country is 11.8 percent, with men and women almost equally affected. Twelve percent of men are diabetic, compared to 11.7 percent of women.

Known diabetes cases account for eight percent of the total burden in the country, the remaining 3.8 percent being newly diagnosed cases.

India’s diabetes crisis is expected to worsen in the coming years. By 2025, some estimates project that there will be 134.3 million diabetic Indians. Already ten percent of Indian youth aged ten to nineteen are prediabetic, a condition wherein blood sugar is high but not high enough for diabetes to be diagnosable.

Un-monitored prevalence of diabetes also results in increased risk of vascular complications like cardiovascular, renal, neural and visual disorders which are related to the duration of the disease.

Try to imagine the level of financial resources needed to be spent on diabetic healthcare services.

Diabetes is a chronic medical condition, it can be curbed at the initial level by introducing lifestyle changes. Eat complex carbs, Exercise well and Say no to Sugar.

Switch from Sugar to Zelorie NOW !